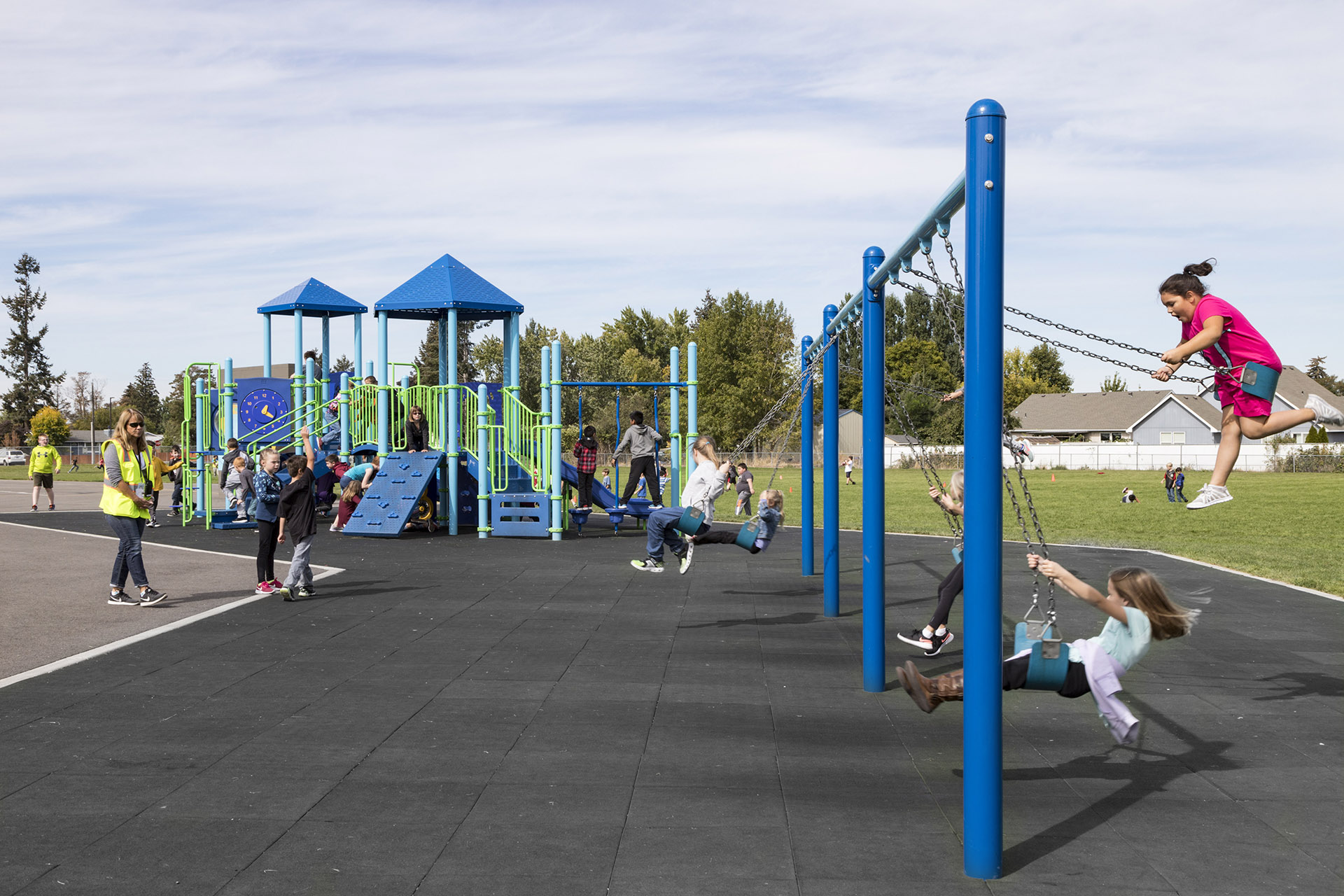 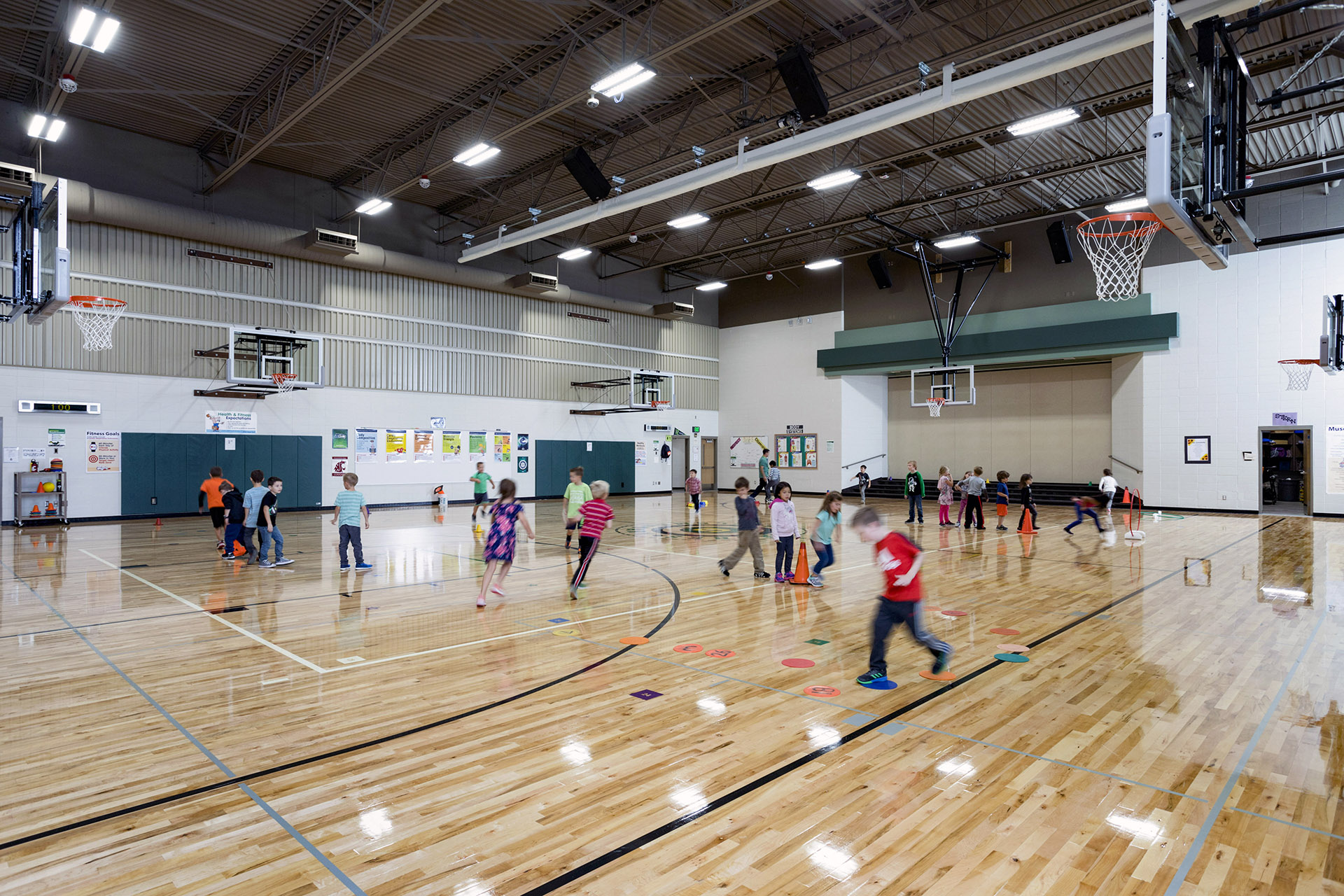 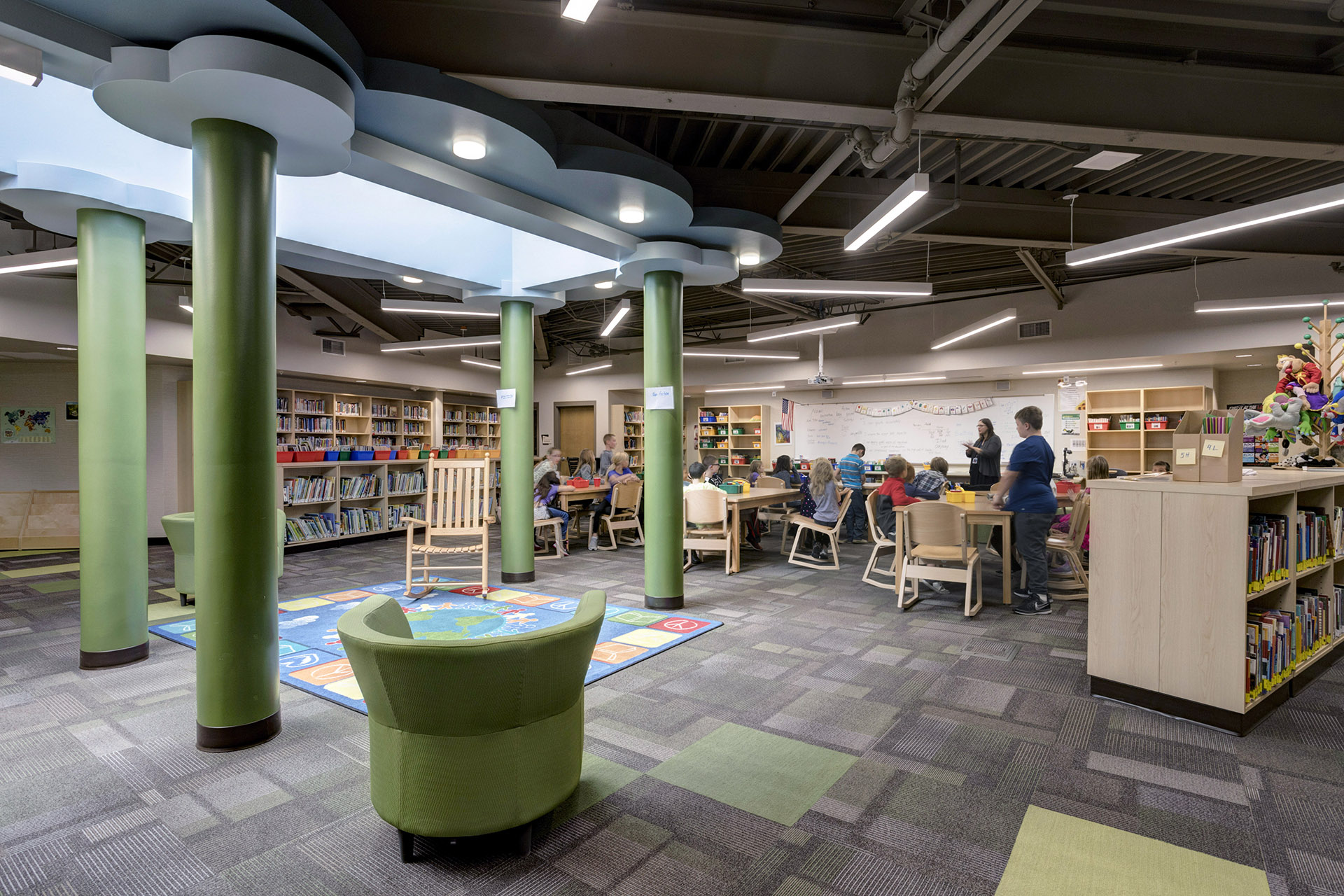 Architects West was heavily involved as early as 2008 in helping Central Valley School District assess their facilities through the Washington State mandated Study and Survey process.  Since 2009, Architects West personnel have aided the District by actively participating on the Capital Facilities Planning Committee identifying priorities, developing long range capital facilities plans and preliminary project budgets for future bond planning.  Architects West additionally served on the 2010 Bond Steering Committee to implement the first phase of the plan and has been active in promoting bond packages ever since.  The District was successful in passing a bond in 2015 that lead to the selection of Architects West to design the modernizations and additions to two elementary schools including Greenacres Elementary School, a 1978 era building.

This project consists of 20,627 sf of new construction and 51,081 sf modernization to the existing building.  The work was scheduled in multiple phases to allow students to occupy the facility during construction.

The existing site posed many challenges. First was a lack of acreage to provide space for necessary playfields, the footprint of the building, and adequate traffic flow. The site was landlocked on four sides with no room for land acquisition. Bus drop-off was relegated to street access. In addition, the original building design used site berms that caused a lot of drainage issues as they pushed water towards the building. This also created a lot of issues with site lines throughout the site. Removing the berms created a unique challenge of finding a way to infill the exposed exterior envelope.

The existing building had a very distinct architectural style and was almost exclusively built with a vertical fluted brick that was impossible to match. Exterior design was intended to emulate the existing materials in a contemporary application, creating a cohesive campus feel. Features important to the district were to include the ability to use the entire classroom, from wall to wall, with breakout spaces. Each classroom has two display walls with the ability to use either as presentation walls.

The project was required to conform with the Washington Sustainable Schools Protocol (WSSP), and sustainability focused on the upgrading of building systems and a thorough upgrade of the building envelope.