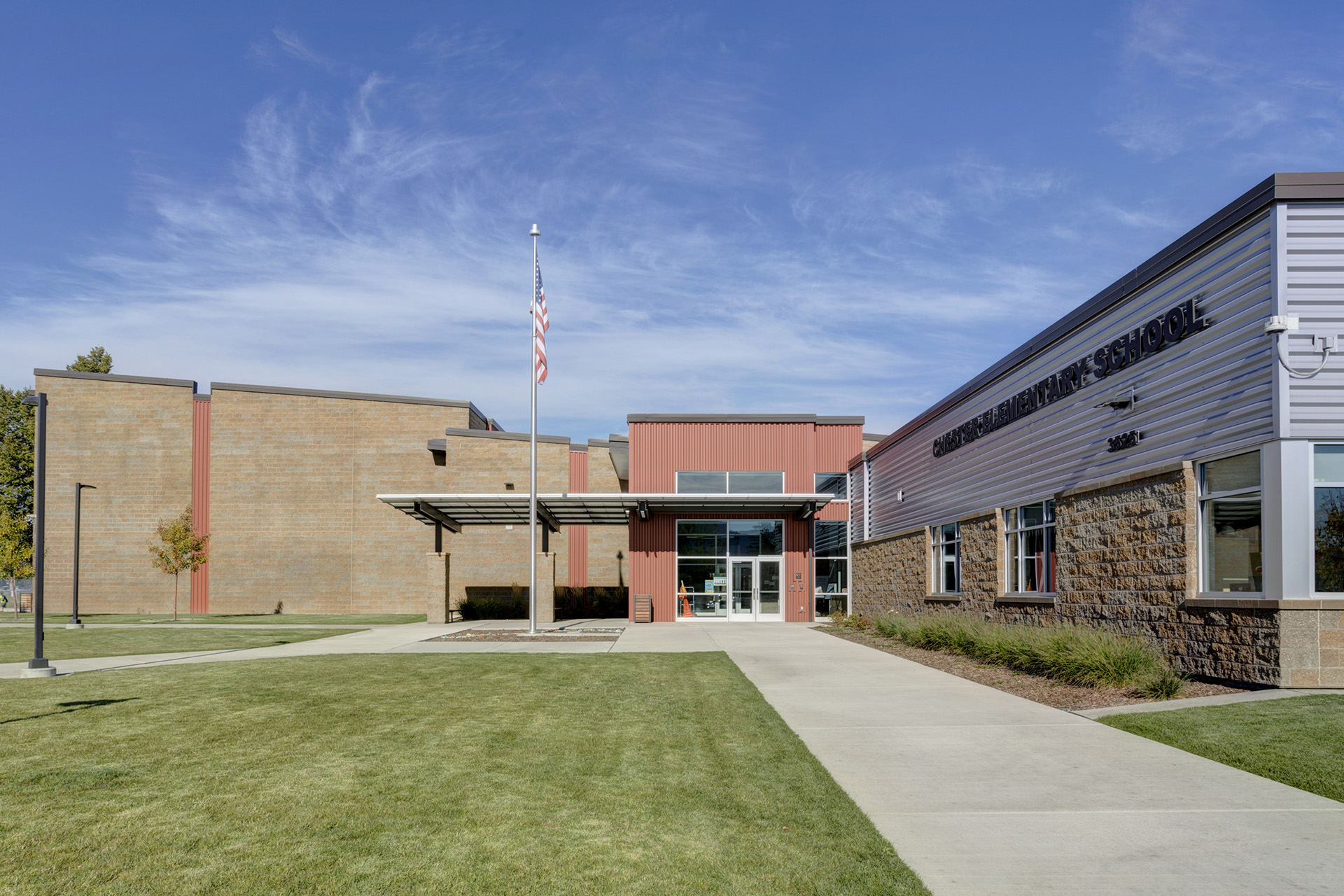 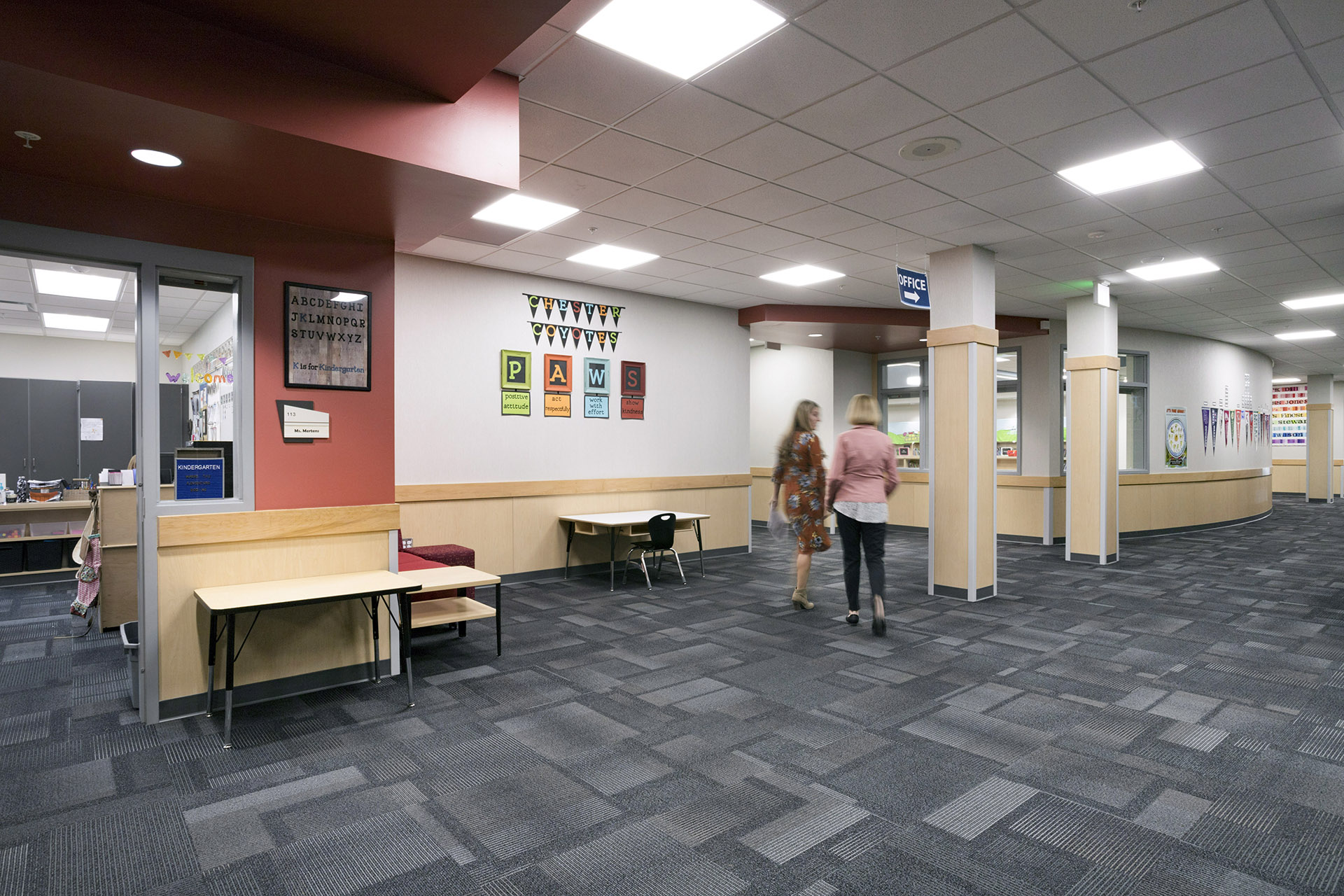 Architects West was heavily involved as early as 2008 in helping Central Valley School District assess their facilities through the Washington State mandated Study and Survey process.  Since 2009, Architects West personnel have aided the District by actively participating on the Capital Facilities Planning Committee identifying priorities, developing long range capital facilities plans and preliminary project budgets for future bond planning.  Architects West additionally served on the 2010 Bond Steering Committee to implement the first phase of the plan and has been active in promoting bond packages ever since.  The District was successful in passing a bond in 2015 that lead to the selection of Architects West to design the modernizations and additions to two elementary schools including Chester Elementary School, an open concept school originally built in 1974.

This project consists of 36,929 sf of new construction and 26,256 sf of modernization.  Work completed in a single phase with students moved to Keystone Elementary school during construction.

The existing interior open space was redesigned to house those functions that had no requirement for windows / daylighting, such as staff workrooms, computer lab, media center, restrooms, stage and art / community rooms.  To provide a view to the outside and natural light for all general K-5 classrooms, two courtyards were strategically located to meet these criteria as well as to provide access to secured outdoor teaching / play areas.  New additions were located to provide a new facade to the majority of the building perimeter.  The corridor system was laid out in a simple rectangular loop utilizing color accent walls to help identify general building areas.