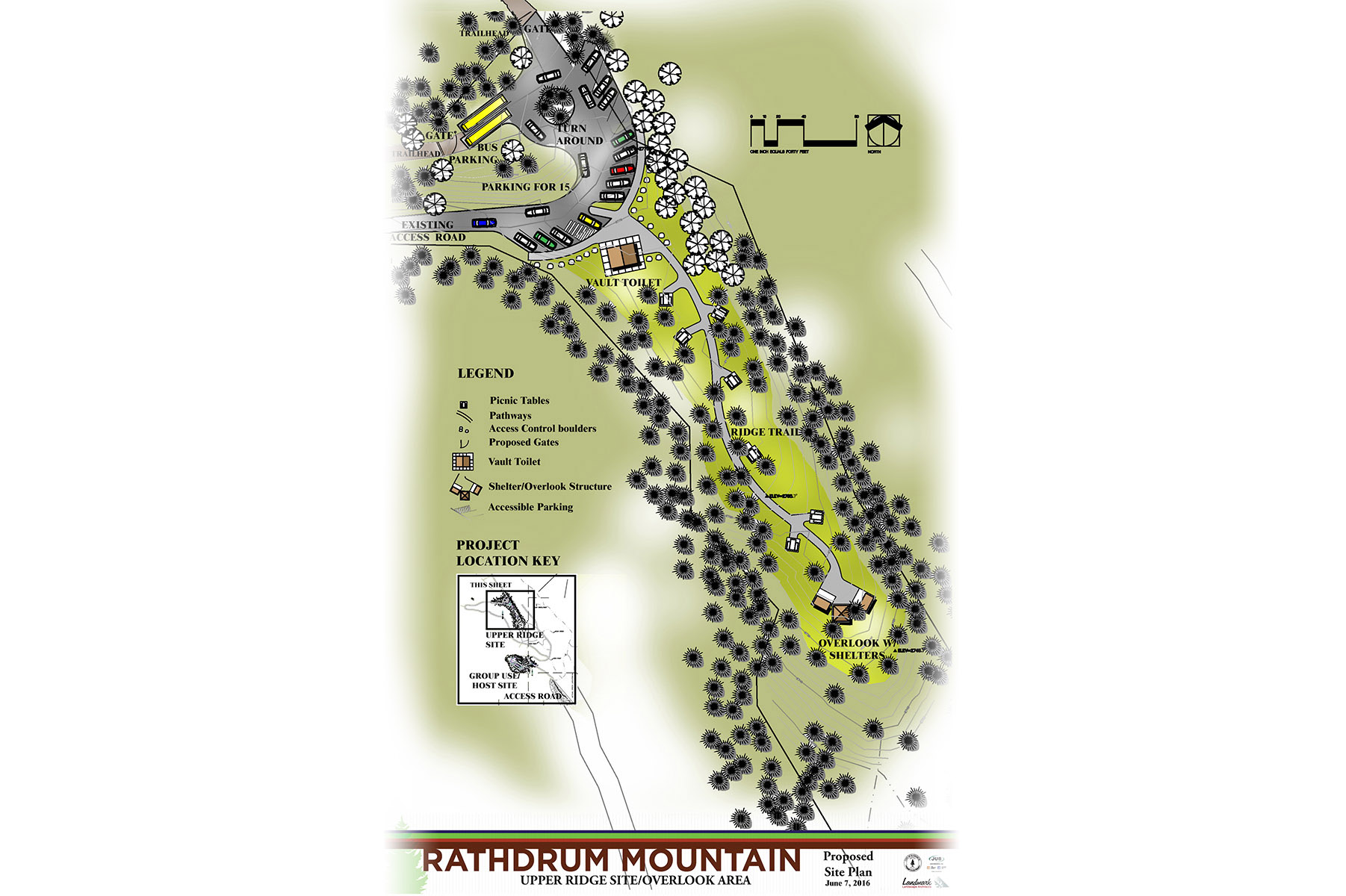 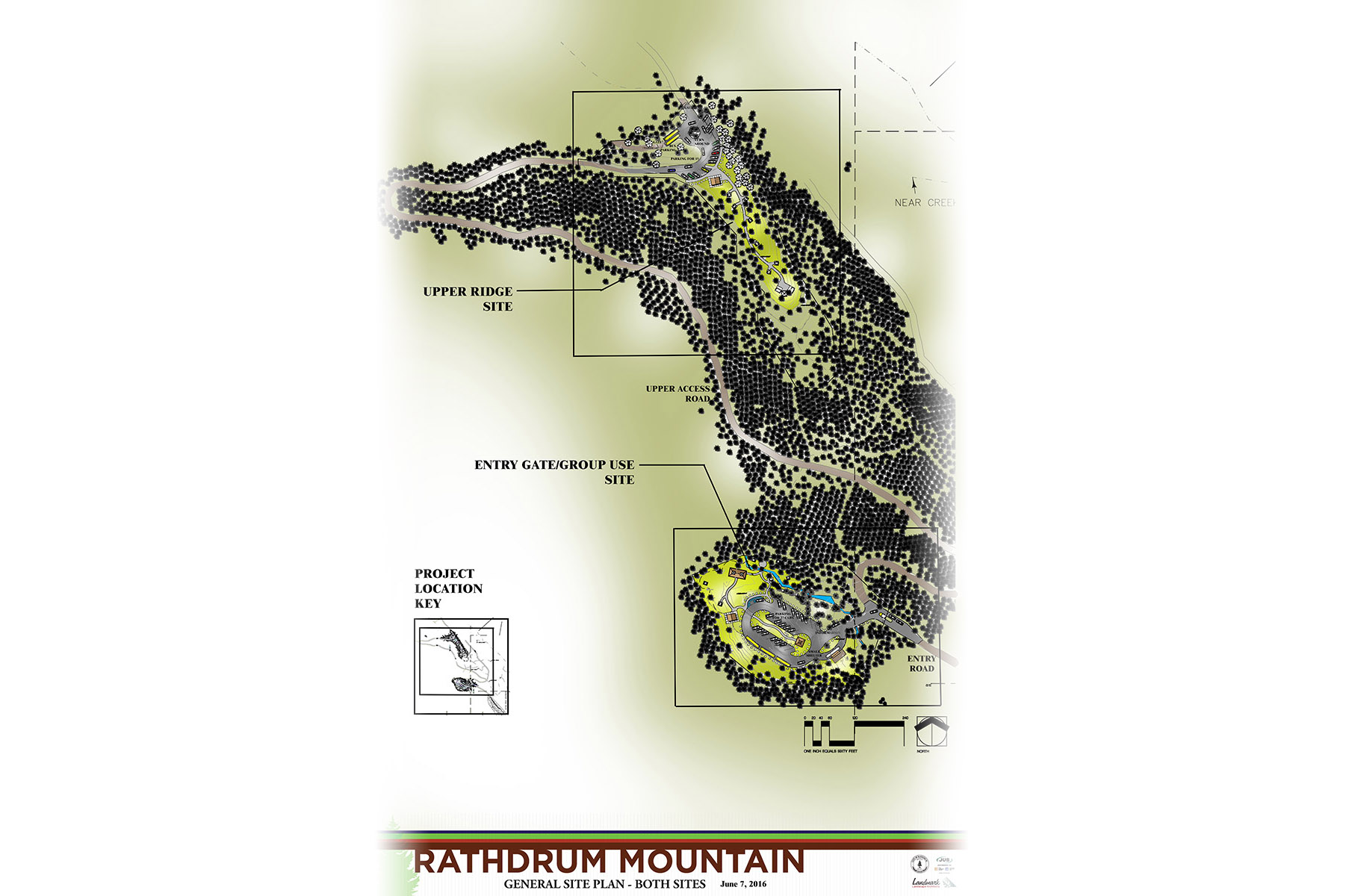 Architects West, in partnership with a local engineering firm, engaged in a public involvement process with the citizens of Rathdrum to ascertain the means for opening up Rathdrum Mountain for much needed recreational use.  Stakeholder interviews were conducted along with open public forums to listen to the public’s aspirations and concerns for the property.  This information was included in a summary document that identified a preliminary development program for multiple sites on the mountain.  Once the program had been adopted by the City Council, the planning team, assisted by a steering committee, developed preliminary concepts for the initial priority sites identified for construction.  Cost estimates were also provided.  Final design is awaiting the completion of access road improvements which are being produced, managed and overseen by the City of Rathdrum.