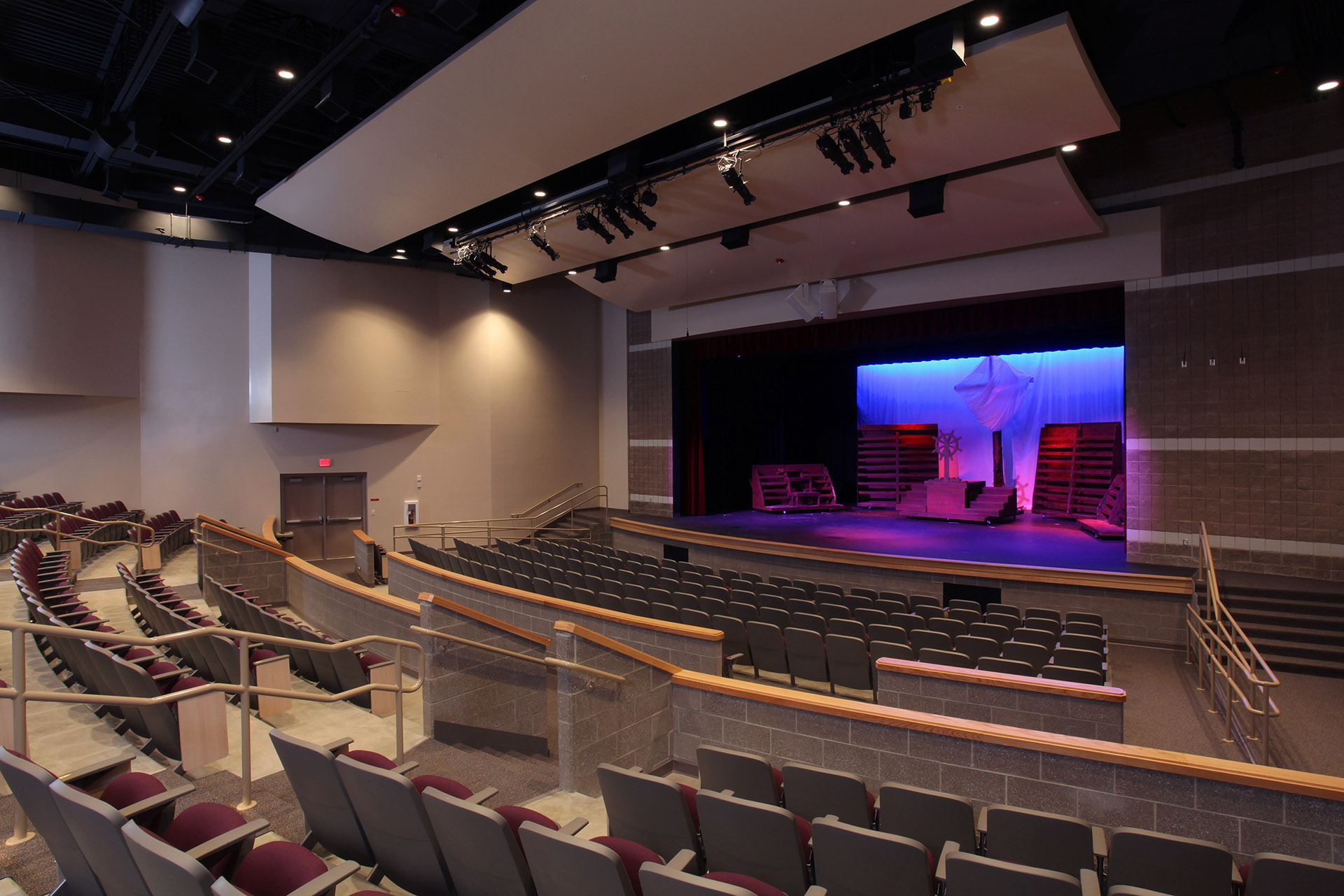 Architects West initially designed the 194,750 square foot Post Falls High School, which was completed in 2000.  The original design planned for the future addition of an Auditorium facility. However, the Gym addition was not planned, so attaching it to the existing athletic facilities required considerable coordination.  Ultimately, we were able to provide access from both the current ‘Arena’ lobby into the new Gym, as well as into the new weight room from the existing locker area.

The 7,186 square foot Auditorium houses 552 seats, utilizes the existing stage and a 38 foot wide proscenium opening that was built into the backside of the original stage.  It also includes a new sound booth, new stage rigging, dressing rooms, make-up space, storage, and workrooms, as well as a remodeled green room and restroom.

The new 11,102 sf gymnasium includes one performance basketball court, practice basketball courts, a volleyball court, and a wrestling mat hoist, as well as retractable bleacher seating for 250 spectators.  It also encloses small locker rooms, and a new weight room, which opens outside to an exterior exercise area.  The facility is adjacent to the existing ‘Arena’ and the gym’s maple floor will have the school’s mascot in the center.