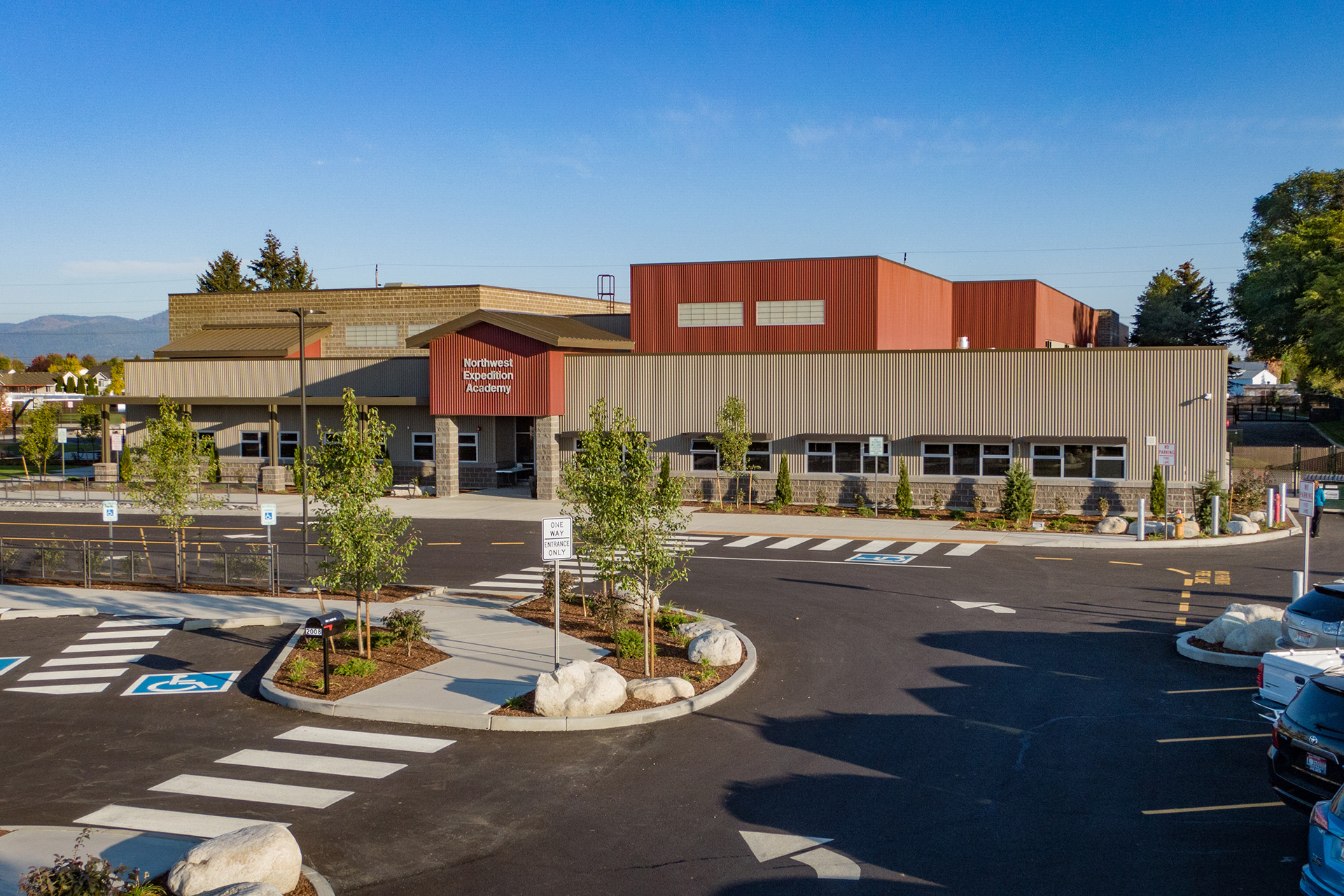 In 1990 Architects West developed a single story prototypical elementary school for Coeur d’Alene School District that, with minor alterations, has been used four times.  After passage of a bond in 2016, it became apparent that only sites smaller than 8 acres were available in the northern part of the District where the school was needed.  The previous prototypical was always built on 10-acre sites so it became apparent that a two-story solution would be required.  Six different sites were ultimately studied before one was purchased.  The facility was designed to house the Northwest Expeditionary Academy (NExA), a project-based learning school which allows students to learn both inside and outside the classroom, using hands-on learning, critical thinking, and student input.

The 53,355 sf two-story facility bid in July of 2019 and was occupied August 2020.  The structure features a full-service kitchen adjacent to a large commons/cafeteria area open to the upper floor. There is a stage platform situated between the commons/cafeteria and the gymnasium with an operable partition on either side so that the stage can open into either the commons/cafeteria, the gym, or both simultaneously.  In addition, one of the kindergarten classrooms, located off the commons/cafeteria, can be used as a makerspace room should kindergarten enrollment numbers allow, and the library is designed with a second entrance shared by the gym, so that it and the gym can be open to the public after school hours for community use without the rest of the school having to be open.