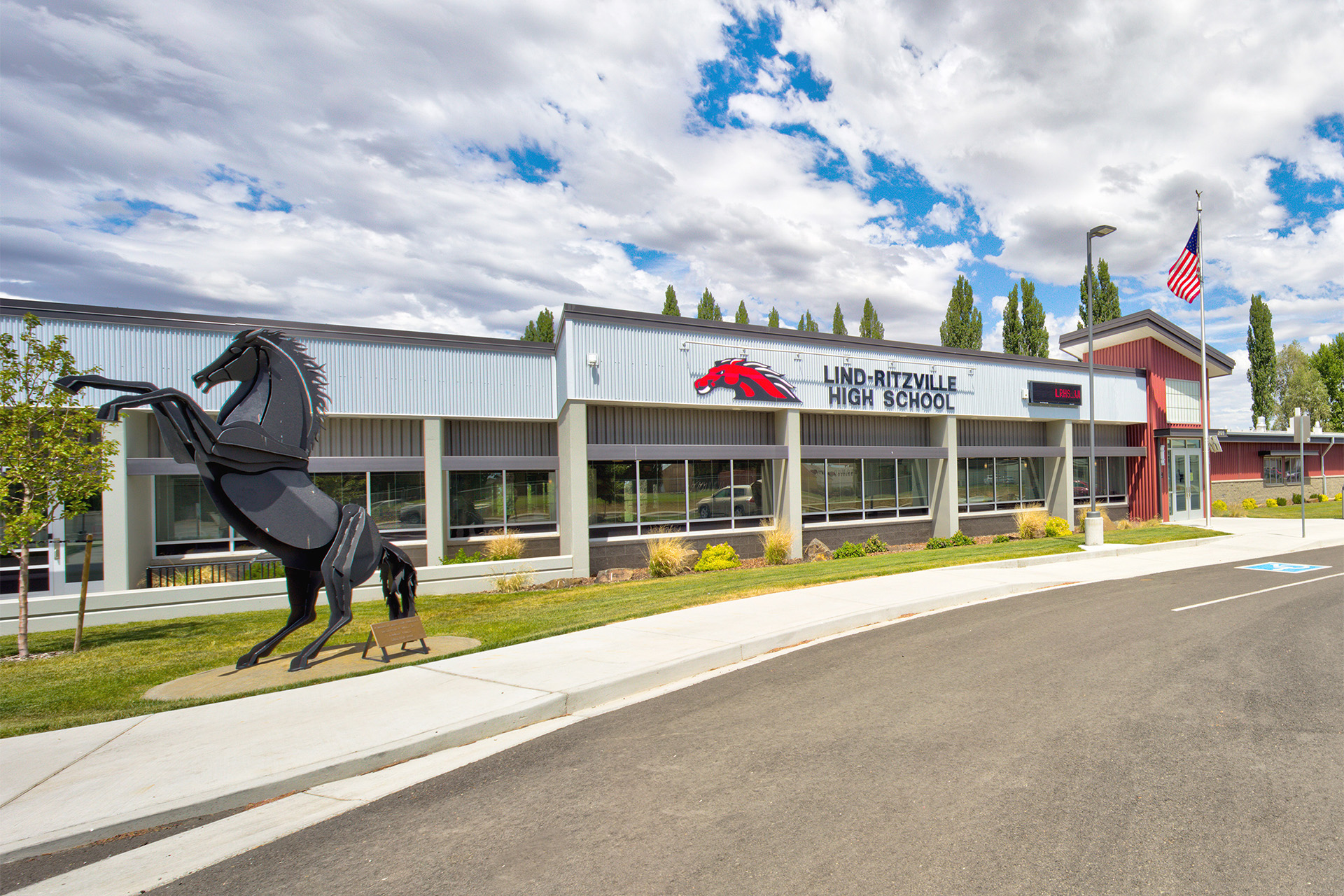 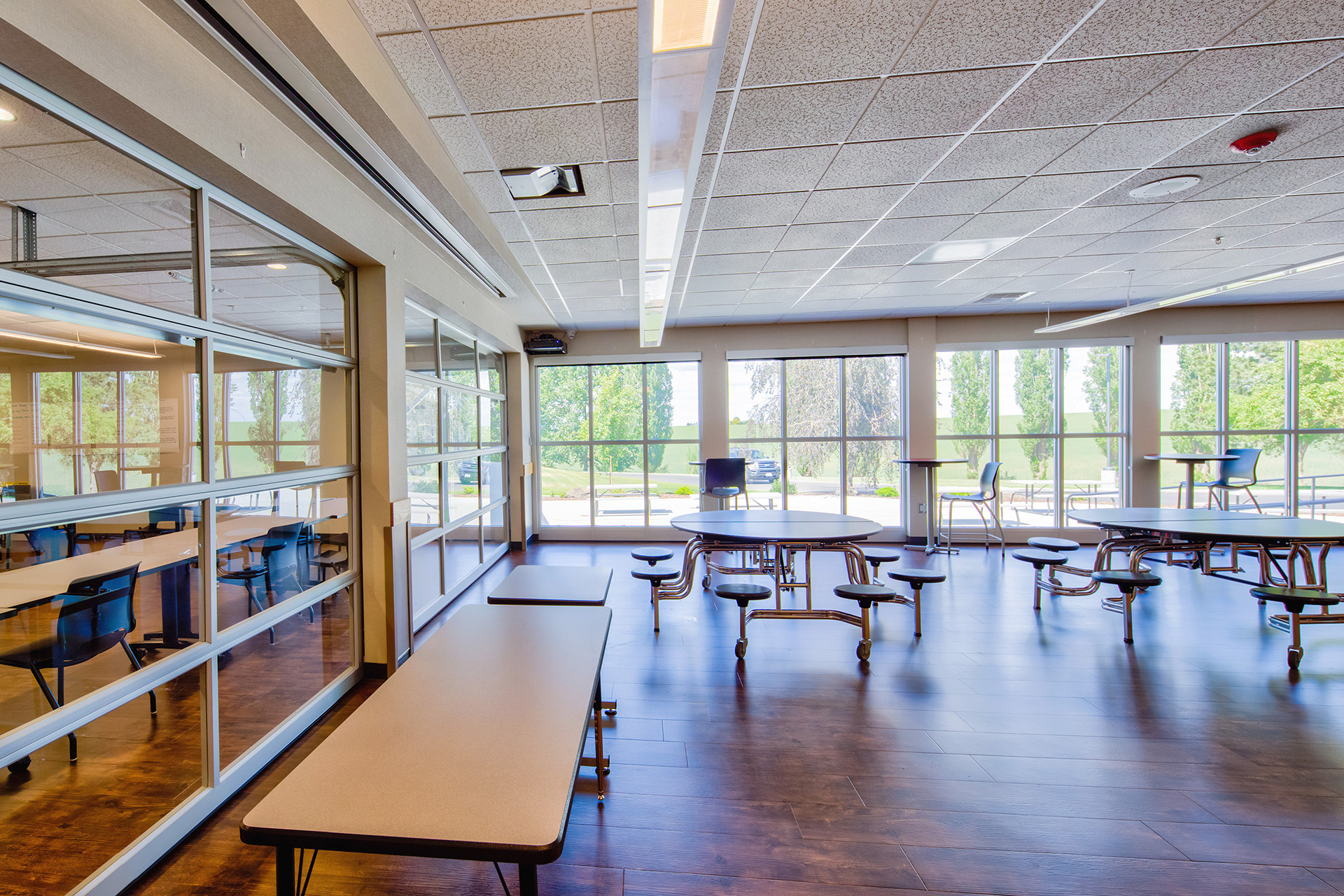 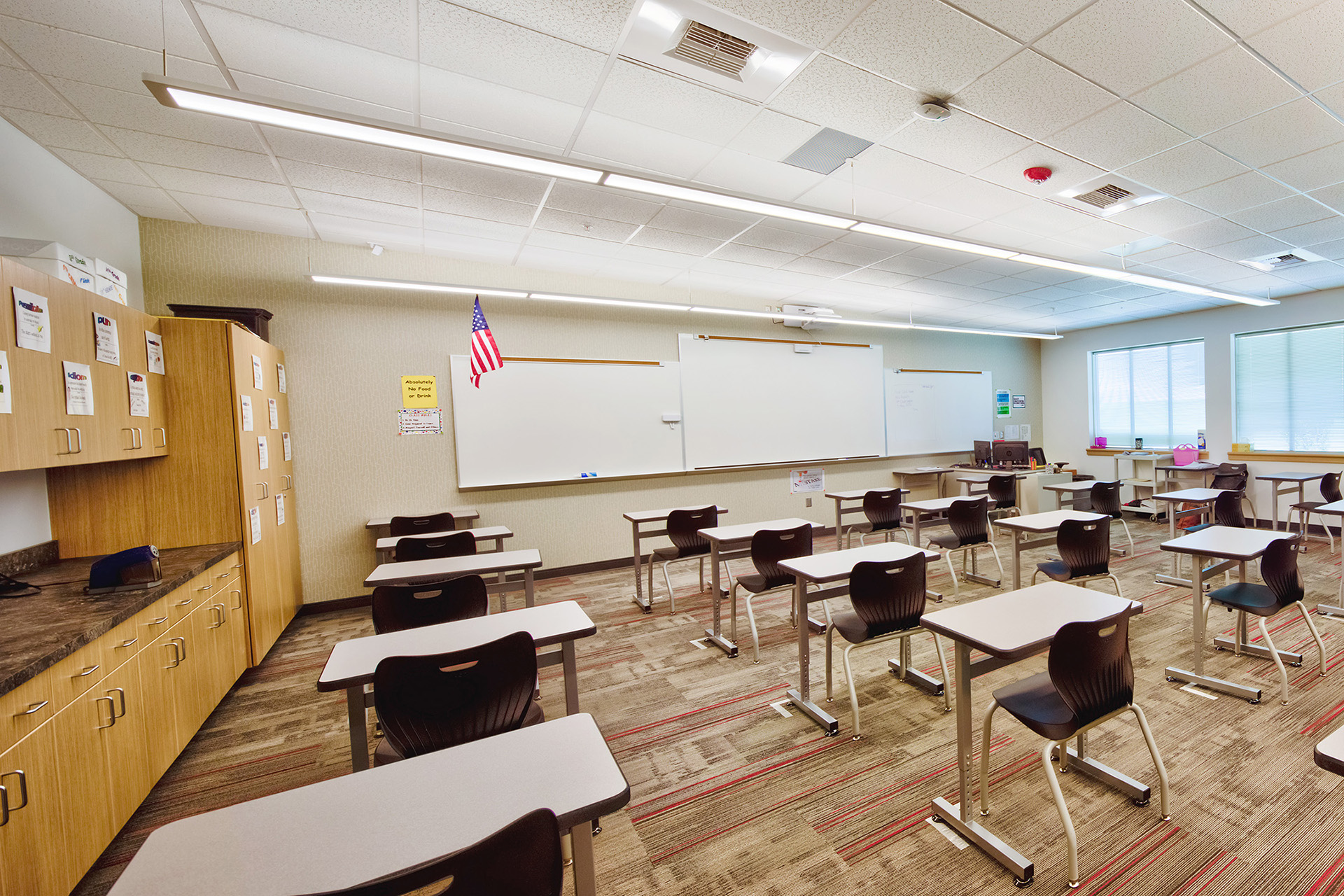 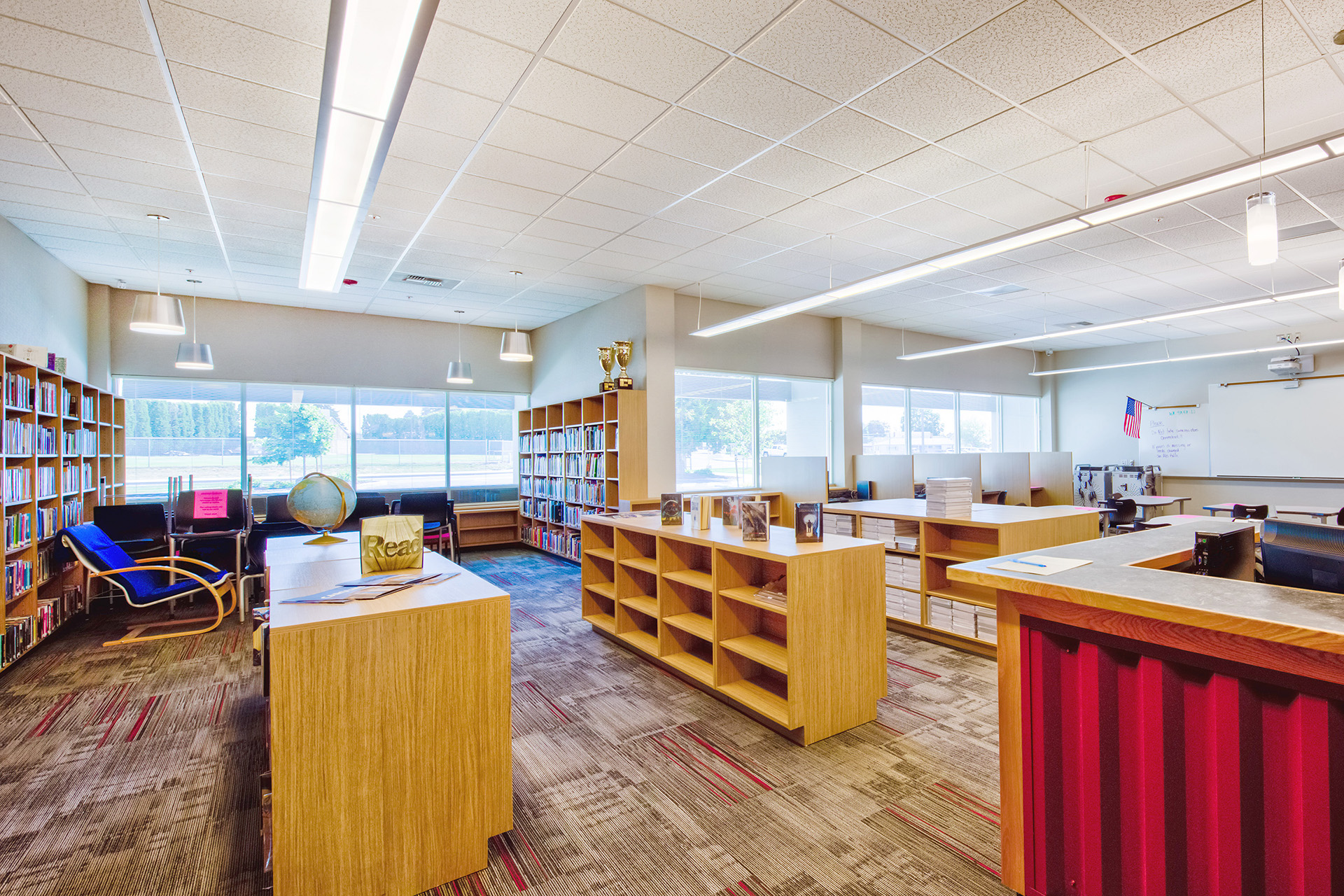 The Ritzville High School, originally built in 1955, had received multiple upgrades and additions over the years, however it had exceeded its useful life.   The building envelope was extremely inefficient and the mechanical/electrical systems were in need of replacement for safety reasons.  The scope of this work included extensive demolition down to the slab with all interior walls removed and a complete rebuild and reconfiguration of the entire 32,525 sf facility.

The reconfiguration also included incorporating a new District Office entry separate from the new main entry for the High School.  The design made room for a commons, which was not present previously, enabled a more efficient configuration for general classrooms along with science and prep labs, and provided a secure entries.  The existing gymnasium received a new TPO roof.  The Vo Ag building, separate from the high school building, received new doors and windows.

Site work included a new bus loop/fire lane wrapping around the north side of the high school with a new courtyard off the commons, main entries, and rear entrance to the school.  New irrigation was installed around the high school and the football field.  ADA access improvements were made throughout the site.